It’s a great concept in the world of business and sports, but when we attempt to surpass someone/something else with regard to pursuing our purpose in life, we wind up making judgment calls about that person.  And what happens when that someone else is ourselves?  Is there something wrong with trying to be better than ourselves?  My debatable answer is… yes, there is a problem.

Do you realize that God does not call us to be a “better” person? I’ve searched scripture (and the internet) and can’t find it anywhere.  However, there are plenty of times when he calls us to be a different person… a new person.  (2 Corinthians 5:17 and Ephesians 4:22-24 are just two.)

“God became man to turn creatures into sons: not simply to produce better men of the old kind but to produce a new kind of man. It is not like teaching a horse to jump better and better but like turning a horse into a winged creature. Of course, once it has got its wings, it will soar over fences which could never have been jumped and thus beat the natural horse at its own game…”

When we try be more pleasing, acceptable, or of greater quality, usefulness, or suitability than what we were in the past, we are taking on a responsibility that God has not given us: judging ourselves (both in the past and now).  In 1 Corinthians 4 the Apostle Paul denounces this.

Looking back on who I was ten years ago, I don’t know if I can claim to be a better person now, but I can confidently state I am a different person. Why should I attempt to prove myself against a long-irrelevant standard or compete against/surpass a past version of myself?  I am not who I was – I have acquired new ways of thinking and doing things.  My direction has changed – the activities I am involved in are not the same. My current decisions are made for what I am pursuing now, not then.

Each of us has a unique purpose and an inimitable way to pursue it.  This quest is not a struggle to transcend ourselves, but an invitation to build upon what God has given us to do – where we are and as who we are now without comparative references.

An easy way to develop yourself is to read how other people develop themselves.  My friend over at the blog Neeserisms, always has thoughtful insights about her life’s journey.  A current entry is all about how to Encourage Yourself.  Click on the link to enjoy her wisdom.

A client (let’s call him Sam*) and I had a really good discussion about courage.  If there is one thing I could bestow upon people who are pursuing their purpose, it would be COURAGE.  Merriam Webster defines it as “mental or moral strength to venture, persevere, and withstand danger, fear, or difficulty.”   It goes beyond faith, it goes beyond belief, it goes beyond hope.  I completely agree with C.S. Lewis’ assessment:

“Courage is not simply one of the virtues, but the form of every virtue at the testing point.”

There have been times when I have met the meaning of the word full on, refusing to back down and advancing forward in glory.  Other times I do not.  Other times I isolate myself or run away.  Sam felt the same way.  We agreed that we could both probably withstand most of the onslaughts if we gave it half a shot.  But we don’t.  Sometimes we feel too weary, but mostly we just become fearful.

I thought I knew a little bit about this.  A couple of years ago, people told me I was courageous when I left my job.  I wasn’t.  It was just the last of the options available. I have absolutely no regrets about leaving – it was necessary for my mental and physical health – but it wasn’t courage.

But Sam had a different twist to it.  Sam gave up on his business after years of hard work. It was a big dream for him – something he’d been building towards for years.  Things were going really well and they were about to expand to the next level, but within just days of making their planned expansion, one of his partners dropped out.  Sam was devastated.  He had other partners who still wanted to go forward, but Sam’s pride and ego were demolished.  He could shake neither the humiliation nor the fear of losing control again.  When he made a comeback, everybody thought it was so brave of him to start again, so courageous to try it a different way.   But he says now that wasn’t true.  He was actually running from that humiliation and fear – trying to distance himself from it, protecting himself from being hurt again and trying to prove to others he could do it without help.  He told me now he wishes he had had true courage – the resourcefulness to have picked up the broken pieces and forged ahead through the pride and ego, to blaze through the humiliation and fear.  He wishes he would have stayed the course and taken his business to where he really thought it could go.  But he had given up and used doing something different and easier as an excuse.  The result was that he lost a sense of himself along the way, forgotten what his passion was, lost a sense of his purpose, lost a big chunk of his dream.

Sam’s story challenged me.  I wonder how many people have convinced themselves they are being courageous by doing something different but it’s really just an excuse to give up.  I think it can be a super fine line that moves around with the circumstances.

I’d like to hear from you about what you think (or what you’ve experienced).  How do you make the hard call?  When can you tell that you’ve crossed it?

*Story used with permission.  Name has been changed. 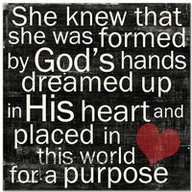